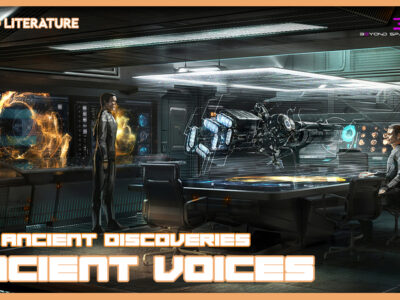 The whole group was in the vicinity of the warehouse, Melnik and the scientists entered while the rest of the soldiers mounted two well-distinguished security fronts. Skull and Ghost stood outside the warehouse. A couple of soldiers walked in the parts of the interior that did not have a sunken floor, another two soldiers covered the parts through which the warehouse could be accessed and finally Bear and Wolf accompanied the group of scientists, one in the vanguard and another in the rear.
«That way,» Alex said, pointing to a part of the warehouse where the floor had caved in and rubble allowed them to descend to the bottom.

The scientists advanced through the rubble with their flashlights activated, since the light did not reach the entire area with enough strength to advance safely. Melnik and Wolf advanced in first place while Alex and Ludic helped each other down. Sul once finished descending and looked up realizing that the ground floor was exceptionally large. He sensed that the complex must continue down more floors, it must be a very large complex, it was full of boxes, and transports, of human objects and `Em, he felt some frustration seeing all those gadgets and not being able to even stop to examine them .
«This way,» Alex said. Waking Sul out of his little slumber. «There are the sarcophagi.»

Sul approached the sarcophagi, there were several of them in a row, Sul advanced among them followed by Ludic, while Zizek surrounded them from the other side. In total there were four sarcophagi, two of them were destroyed, completely unreconstructable, but the other two were in perfect condition.
“They are the same as the pods I saw in my last crisis,” Ludic told Sul.
“Look, the carriers are still inside. The humans are still pressurized inside the Monica sarcophagi. How long have they been here? Will they still be alive? Can we bring them to reality? -Said Sul very excited and intrigued”.
«Easy Adrián, everything in due time.» Ludic said, as he began to walk between the sarcophagi again.
«We have to take one of these sarcophagi, Admiral.» Said Sul addressing Melnik who was inspecting the rest of the gallery together with Wolf.

The admiral looked back as Wolf continued into a pitch-black room that had probably not been lighted in two thousand years.

At that very moment Ludic looked towards them and suddenly a flashback came to his mind. He could see the image of that dark place that he was in his experience, two figures in the dark.
«Sure, that’s why we came.» Melnik said sentencing. «Bear, prepare one of the two sarcophagi.» He finished as he turned and walked back into the dark.

Ludic was stunned, she hypnotically began to follow Melnik and Wolf who were advancing slowly but surely in the darkness. Sul noticed that Ludic was acting somewhat erratically and followed closely behind her.
«Are you okay, Monica, is something wrong?»
«It’s like in my experience, a black room, some pods, this corridor should take us to a place where everything connects.»
«Are you sure what you’re saying Monica?»
“Of course she’s sure”, said Alex, appearing at that moment behind Sul. Sul looked at her and seemed to be in a strange tune with Ludic, so that he, confused, continued advancing at the rhythm that she dictated.

As everyone moved into the darkness, Zizek and Bear secured the sarcophagus and the soldiers who were wandering inside helped carry it upstairs. When he was almost up Bear and Zizek looked down the hall and stopped seeing the lights. They had simply disappeared.
“Where have they been? We are running out of time.” Bear said.
«Admiral?» Zizek said over the radio. «We’re running out of time, we have to get out of here.»
«Is the sarcophagus secured doctor Zizek?» Melnik said over the radio steady as usual.
«Yes admiral, secured and done» He said looking at Bear.
«Then I think you should come here and see this.»
Zizek looked at Bear who had heard the transmission loud and clear just like him.
“I will have the sarcophagus ready. Don’t take more than 10 minutes or we’ll be out of range. We will not have security after that time has elapsed and we could be easy victims for the hives, you have already seen what caliber those fucking machines use”. Bear said to Zizek.
«We will be here in seven minutes, not a minute more.»

In the darkness before the illumination that all those present could contribute stretched one of the largest constructions they had ever seen, as Ludic described there was a large round superstructure on the roof from which endless cables of all sizes fell to a series of smaller circles arranged around the corresponding opening, in the shape of a circle of the plant in which they were all. From there you could see how the series of small concentric circles extended towards the floors below, without knowing how far they went since the light was lost between them. The upper part was undoubtedly one of the mouths of the terraformers, in which the light entered dimly, illuminating the center of these circles but nothing more. No doubt this had been a long time since he was a terraformer and was adapted for another role, yet to be determined. Everyone tried to move through the tangle of cables, which in some cases exceeded their own size and were impossible to move.
«What the hell is this?» Melnik finally said breaking the silence.
«It could be one of the sensors that the machines use to stay alert.» Wolf said.
«Or it could be a vent.»
«A vent?» Melnik said.
«What if the machines are all connected to each other creating a global consciousness throughout the planet?» Ludic said.
«In that case it could be a connection terminal as well.»

At that moment a light appeared behind them, they all looked towards the light. It was Zizek rushing.
«You have strayed too far.» Zizek said upon arrival. «Gentlemen, we must leave this planet…» Zizek continued, speechless at what he was seeing.
“The doctor is right, we must go, in five minutes we will be out of the programmed range. We can’t afford any more time in this place.»

They all started through the dark tunnel back to the warehouse they had entered through.
«What the hell was that?» Zizek asked before he had given him time to see it completely.
«We don’t know, we’re just speculating.» Said Sul. “What we do know is that it is part of the artificial intelligence hive network and that as I told you, it seems to use the manufacture of man to its advantage.” 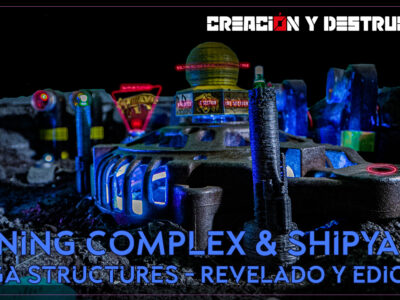 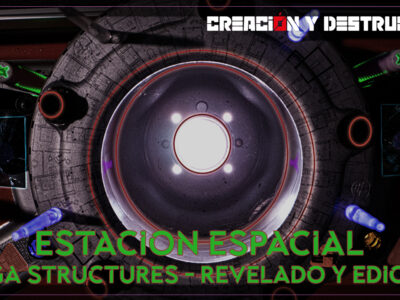 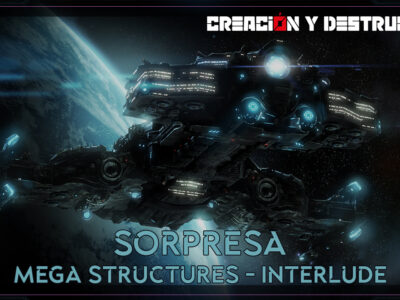 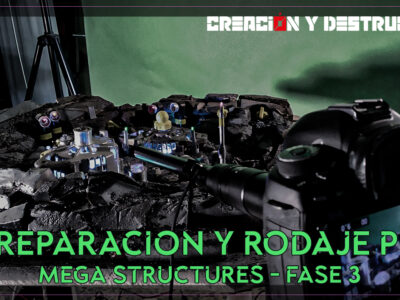 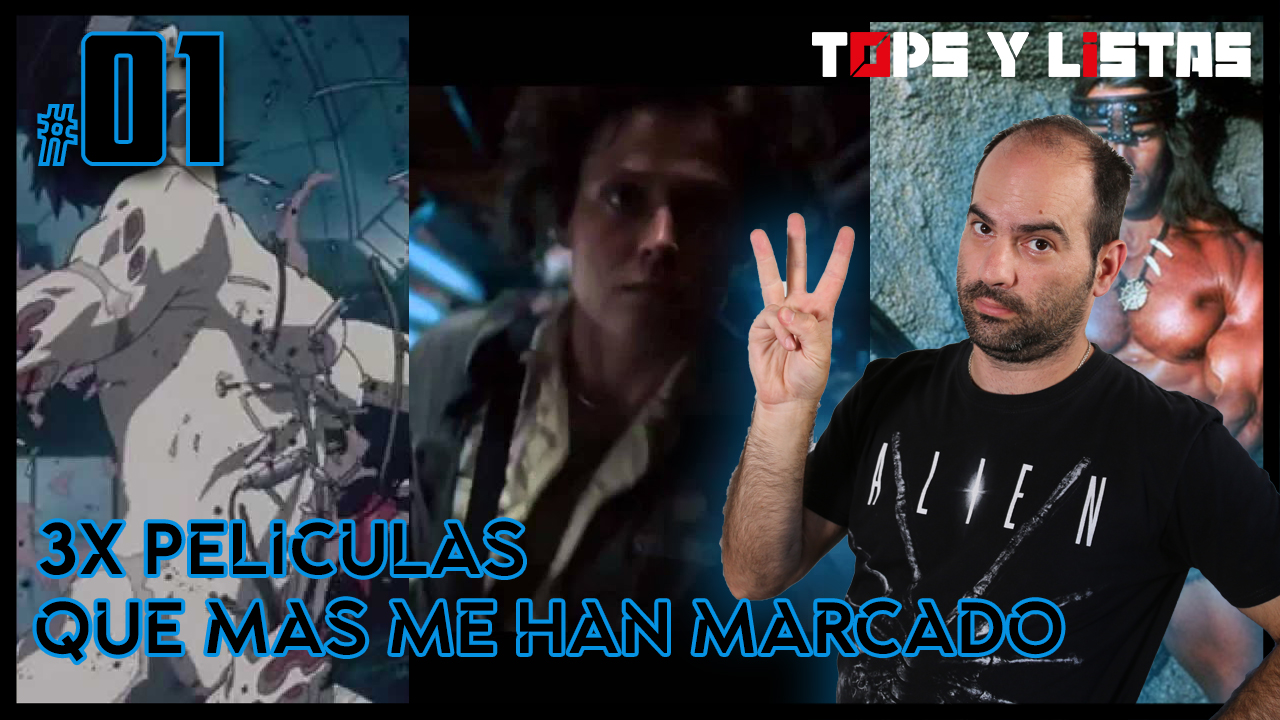 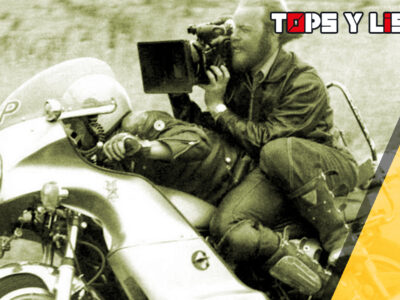 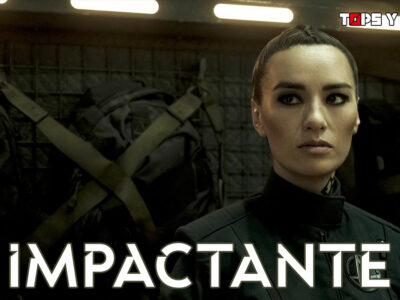 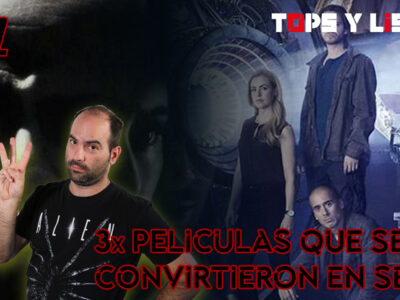 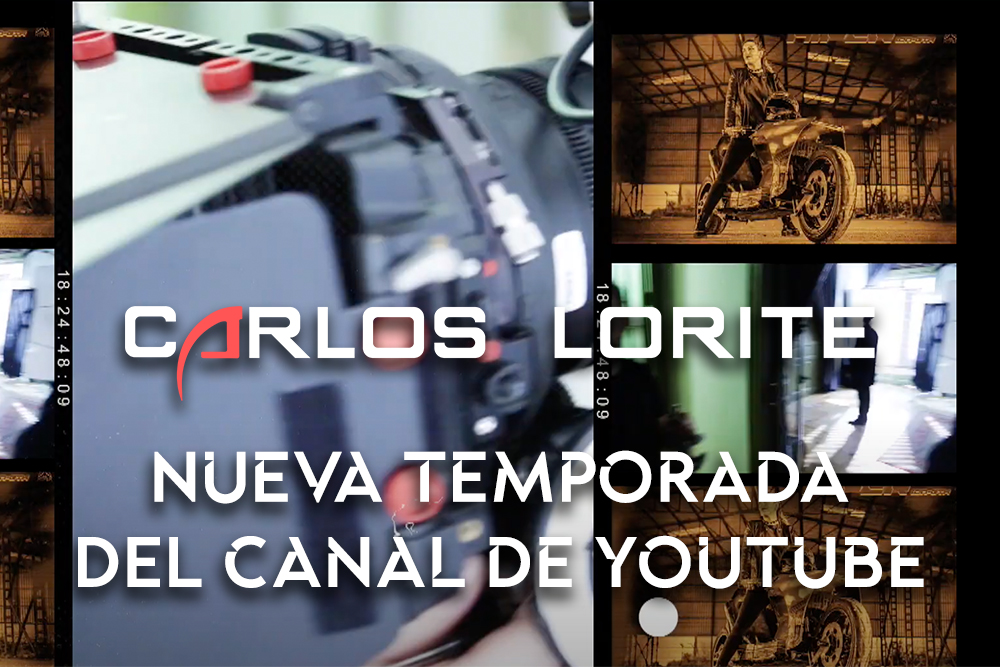 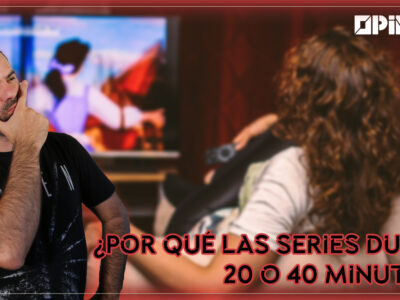 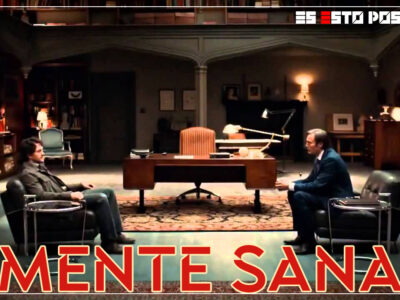 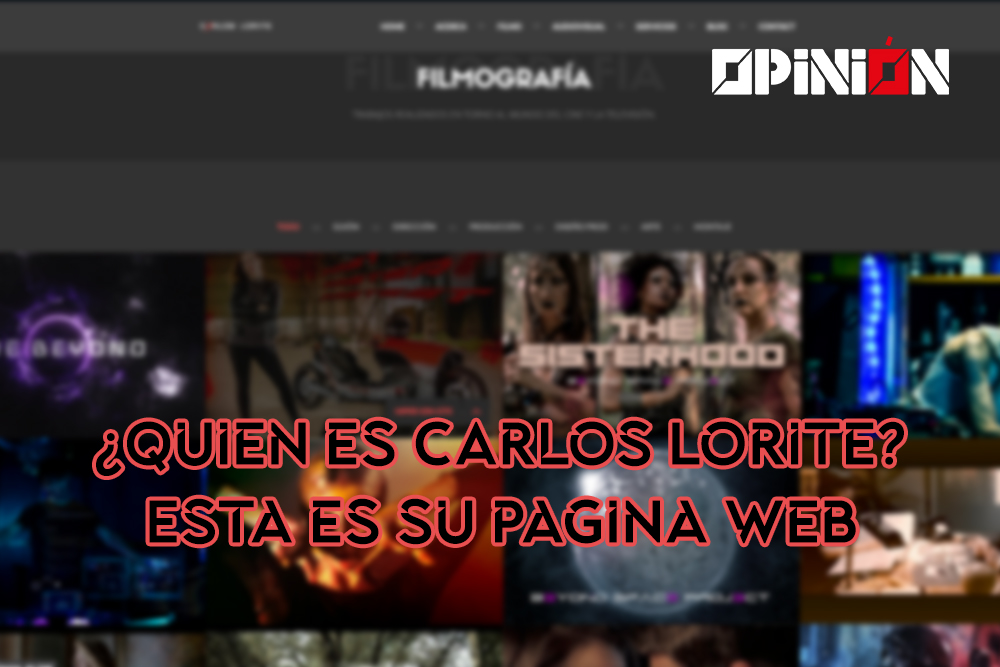 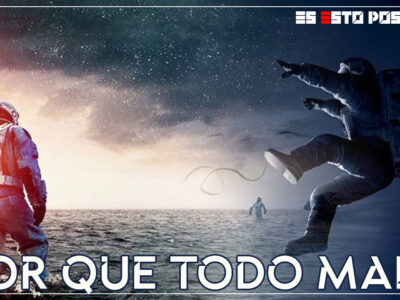 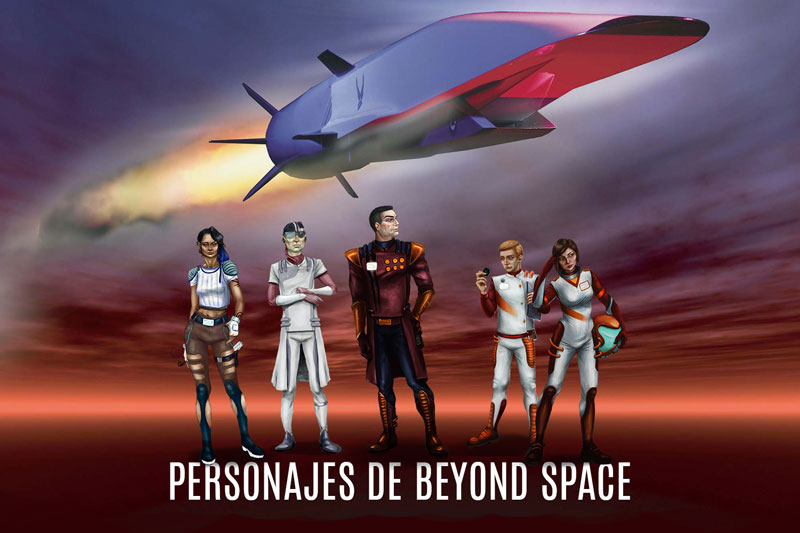 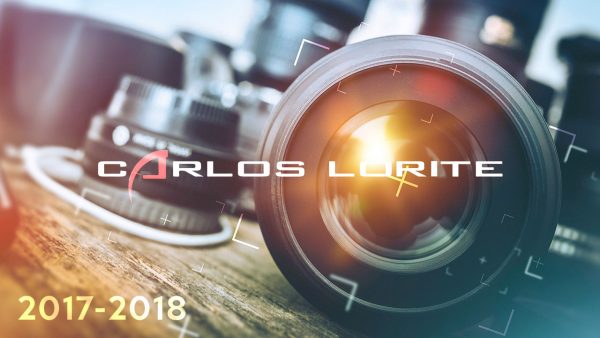 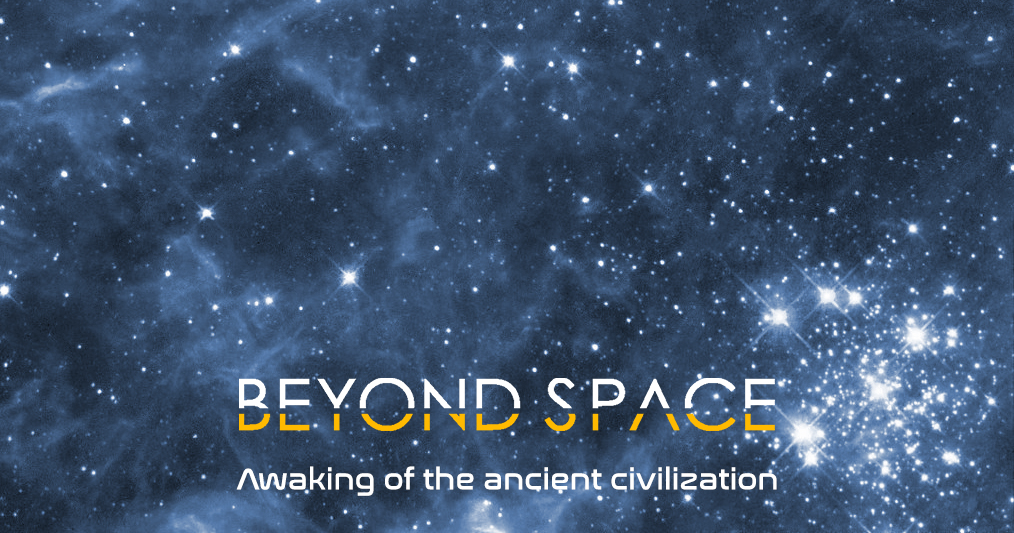 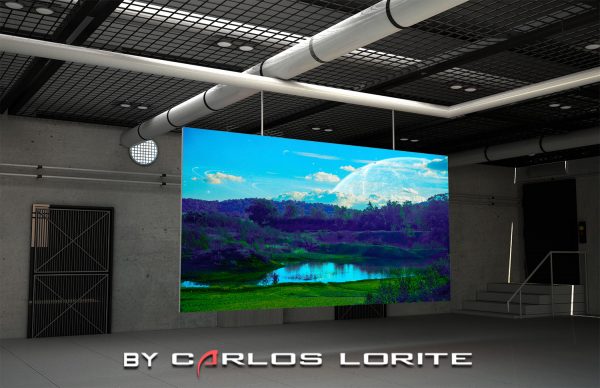 Historia de mi nuevo proyecto, Beyond Space.
/
Comments are Off
/

This website uses cookies to improve your experience while you navigate through the website. Out of these, the cookies that are categorized as necessary are stored on your browser as they are essential for the working of basic functionalities of the website. We also use third-party cookies that help us analyze and understand how you use this website. These cookies will be stored in your browser only with your consent. You also have the option to opt-out of these cookies. But opting out of some of these cookies may affect your browsing experience.
Necessary Siempre activado
Necessary cookies are absolutely essential for the website to function properly. This category only includes cookies that ensures basic functionalities and security features of the website. These cookies do not store any personal information.
Non-necessary
Any cookies that may not be particularly necessary for the website to function and is used specifically to collect user personal data via analytics, ads, other embedded contents are termed as non-necessary cookies. It is mandatory to procure user consent prior to running these cookies on your website.
GUARDAR Y ACEPTAR